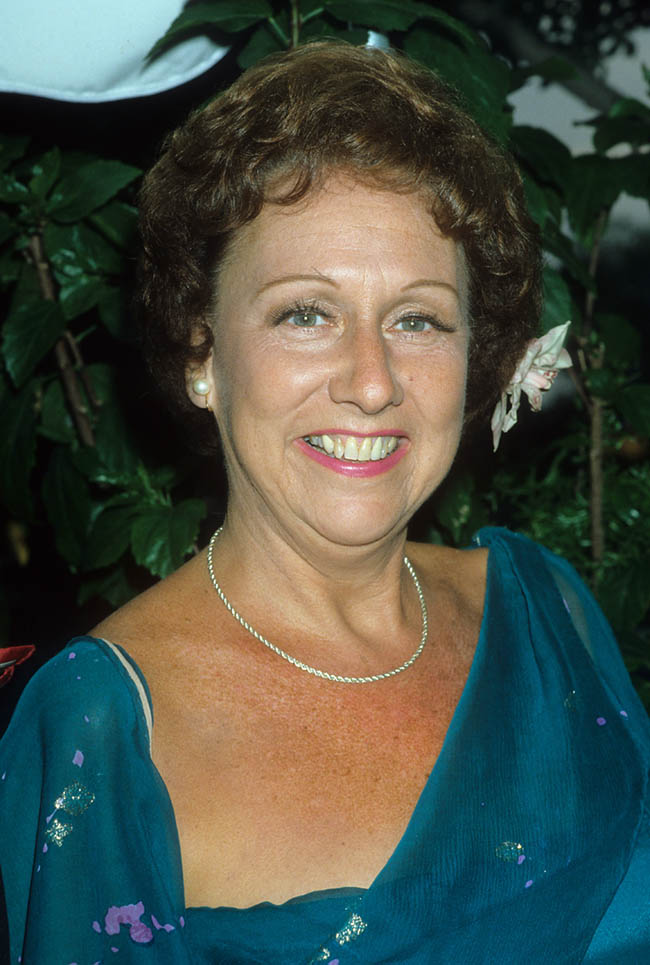 Jean Stapleton (1923–2013) was an American performer, best known for her role as Edith Bunker on the 1970s sitcom All in the Family. A Christian Scientist, she brought to the many character roles she played what one director referred to as “humor, warmth, and believability.”1 Her acting career spanned more than seven decades in stage, screen, and television.

She was born Jeanne Murray in New York City. Her father, Joseph Edward Murray, was an advertising salesman. Her mother, Marie Stapleton Murray, was an opera singer.2 A number of other family members were also entertainers, including her uncle (a vaudevillian) and her brother (a stage performer who inspired her to study acting). The noted stage actress Betty Jane Watson was her cousin. In 1957 Stapleton married director and producer William Henry “Bill” Putch (1924–1983). Throughout their devoted relationship, she helped him operate the Totem Pole Playhouse, a well-known summer theater in Fayetteville, Pennsylvania, where she also acted. They had two children, Pamela and John.3Despite travelling a great deal in her career and living in Los Angeles, Stapleton always considered New York City home. Growing up in Manhattan, she attended Wadleigh High School, dedicated in 1903 as New York’s first public high school for girls4—quite fitting in the light of her devotion to women’s rights. An outspoken advocate for the Equal Rights Amendment, in 1977 she was “a Commissioner who took an active role” in the National Women’s Conference in Houston, which worked to formulate national policy on women’s issues.5 6 In 1939 she graduated from Wadleigh, began using her mother’s maiden name, and performed in a group called The Collamore Players. During that time she also helped support her family through secretarial work.7 She established her career through the 1940s and performed on Broadway for the first time in 1953.8The year 1939 also marked the beginning of Stapleton’s membership in The First Church of Christ, Scientist (The Mother Church). She also held membership in at least one of its branch churches. She received Christian Science Primary class instruction in 1969 from James K. Kyser, CSB, himself a former entertainer.

While generally choosing to keep her personal life private,9 Stapleton shared insights on her faith in a 1994 Christian Science Sentinel radio segment, telling how prayer played a significant role in establishing and maintaining her career. Click here to listen to the recording, in which she discussed how she relied on God to find acting opportunities and navigate a competitive and oftentimes rough industry. Among other things, she said that this reliance helped her secure a role in The Corn Is Green—her first professional appearance in New York City.10 She also said prayer brought her a healing of “blind ambition.”11 Click here to watch a video from The Mary Baker Eddy Library’s digital media collection, in which Stapleton talked about her commitment to her religion at an event connected with The Mother Church’s 1976 Annual Meeting, including a short comedy sketch illustrating how important it is for churches to welcome the public.

“There’s nothing like humor,” she once said, “to burst what seems to be an enormous problem.”12 And humor is perhaps what Stapleton is best known for. Although she acted in a host of different roles—from the comedic to the dramatic, opera and Shakespeare, portraying characters ranging from Mrs. Piggle-Wiggle to First Lady Eleanor Roosevelt—her best-known character was All in the Family’s simple-yet-profound Edith Bunker. The role earned her three Emmy awards.13 14 Los Angeles: January 1, 1973. All in the Family. Featuring Jean Stapleton (as Edith Bunker)
and Carroll O’Connor (as Archie Bunker). Photo by CBS via Getty Images.

When All in the Family launched in 1971, it was controversial. Though often seen as a show about bigotry, it examined many largely taboo subjects through the lens of satire.15 Ironically, in playing a woman subjugated by a chauvinistic husband, Stapleton deftly told a feminist story. And she conveyed love as a sterling, transformative quality. Edith Bunker did not hate, and because of this she was stronger than her perpetually aggrieved spouse, Archie. “If you never saw [Edith] in action,” wrote media author Donna McCrohan, “you could read the Sermon on the Mount and know the woman anyway….”16 According to one critical analysis, in contrast to Archie’s intolerance, “[Edith’s] acceptance is close to saintly…. She can be counted on to make peace, to lighten the mood.”17 Tackling tough subjects that included infidelity, rape, cancer, and assisted suicide, Stapleton conveyed through Edith the power of good to resolve problems and emerge victorious. In her foreword to Edith the Good by Spenser Marsh, Stapleton gave some insights into what that role meant to her:

It’s an adventure to discover the myths, separate them from the truth, and shatter them. What do men and women need most to accomplish this? Native wisdom and love, which as Edith has demonstrated, is independent of intellect, culture, or education. Edith is fiction—none of us is Edith—but the humanity she represents is real. With that, we can lift our vision to a more complete sense of man and woman.18

Stapleton’s career was far from over when she left the show in 1979. Evidently she did not want to be always identified as Edith Bunker or see success in that role as her crowning achievement.19 Two years into the program, she had already put things into context:

In my own life I have goals that occupy a lifetime—self-improvement that is a lifetime goal. There’s no end to it. And I’m not talking about learning a language. I’m talking about deepening spiritual worth.20

She continued to act in numerous parts for two more decades, including her 1982 performance in the television movie Eleanor, First Lady of the World. This is said to have been her favorite role. Stapleton portrayed former First Lady Eleanor Roosevelt as launching her own career following the death of her husband, including her successful work in chairing the committee that drafted the United Nations’ 1948 Universal Declaration of Human Rights. She also played Abby Brewster in the 1986 Broadway revival of Arsenic and Old Lace.21When she passed away in 2013, Jean Stapleton had given evidence of achieving her goals. In the process, she had not only won numerous awards but endeared herself to millions. All in the Family costar Sally Struthers provided a poignant tribute:

Jean lived so in the present. She was a Christian Scientist who didn’t say or think a negative thing. I have been her friend for 43 years and in all those years never once heard her angry, say a swear word or anything negative about another human being. I saw her delicately and brilliantly bow out of conversations that were turning in a negative direction. She was just a walking, living angel.22

Perhaps Stapleton would have modestly deflected some of that praise. But by all counts it exemplifies how she consistently gave her best and focused on how she could accomplish good works, both on and off the stage. “All I ever want to do is fine material,” she once remarked. “That’s it.”23

For more discussion on Stapleton in her role as Edith Bunker, listen to our Seekers and Scholars podcast episode “Jean Stapleton and the spiritual dimensions of All in the Family.”